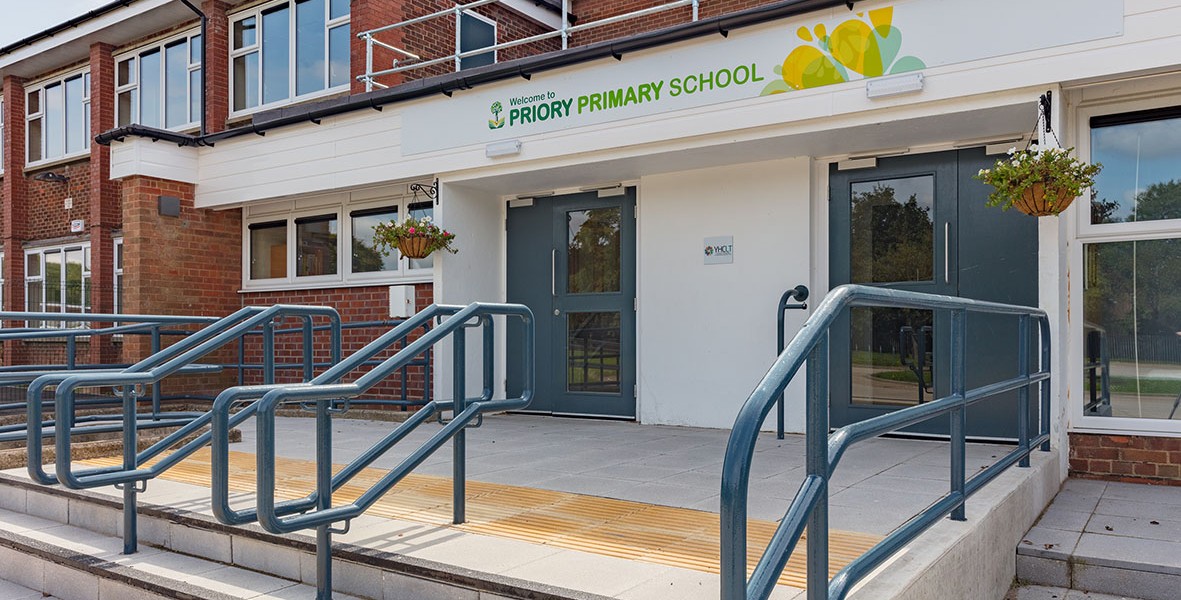 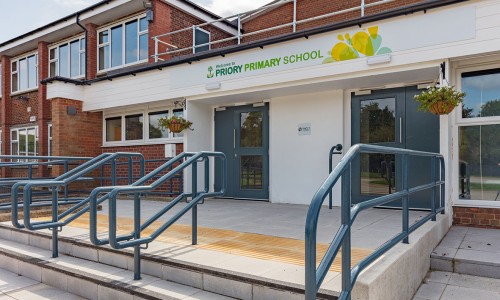 During the summer of 2017, Hobson & Porter handed over a major project to extend and refurbish Priory Primary School and improve Priory Children’s Centre for Hull City Council. It represents one of 14 schools worked on this year by Hobson & Porter, with each being complete in time for the 2017/18 academic year.

At Priory Primary School, Hobson & Porter created a refurbished junior building to accommodate a greater intake of pupils. Infants now occupy the existing school building, which was previously for both juniors and infants. Works included re-roofing and rendering a substantial part of the building, creating a new entrance and enclosed playground to the front of the school, plus a host of interior construction and refurbishment works to create new classrooms, toilets and cloakrooms to both levels, a new canteen as well as a linking corridor between the canteen and the school.

In the adjoining children’s centre, Hobson & Porter created a remodelled entrance and provided new meeting rooms to both floors, new toilets for staff and children, new kitchens, a new lift shaft and new décor throughout. Outside, at the back of the children’s centre, the play area was landscaped and fenced.

Hobson & Porter also widened the service road leading to the school and children’s centre, and created a car park using a permeable reinforced surface, allowing grass to grow and drainage to occur naturally through the soil. This is both environmentally-friendly and aesthetically preferable to a standard concrete surface.

From the outset, this project was characterised by strict time pressures. As a result, the team at Hobson & Porter (and all sub-contractors) worked flat out, including extra weekends and evenings, to ensure the successful handover of all work by 14th July 2017 – within a year of the commencement of early works. At the peak of the project – just before Christmas 2016 – between 60 and 80 people were working on site.