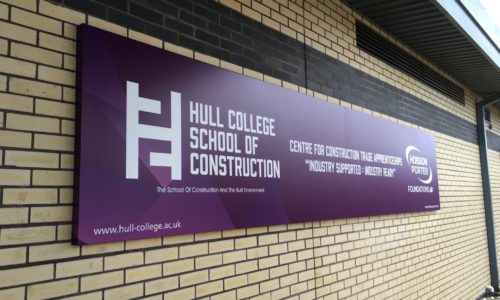 A new Hull College Centre for Construction Trade Apprenticeships has been opened by BBC DIY SOS’s Mark Millar with the help of Hobson & Porter.

The new centre, at Portobello Street in Hull, was opened on Thursday 28th November and will act as a skills facility for construction apprentices, covering trades such as Carpentry and Joinery, Bricklaying, Maintenance Operations.

We were proud to sponsor the opening of the event alongside 11 other organisations which work in partnership to provide materials, tools and advice. Other firms in attendance included suppliers Dulux, Ibstock and Portwest.

Mark Millar was given a tour of the site by Hull College and Hobson & Porter and spoke to apprentices, teachers and employers at the event.

He revealed a commemorative plaque as part of the official opening ceremony, dedicated to former Hull College tutor Shaun Clarke, who worked at the college for 17 years and developed many learners to be industry ready.

Discussing the new Centre for Construction Trade Apprenticeships, Mark said: “I think it’s incredible, to see it go from something where there was nothing nine weeks ago to be turned around into a real educational environment is fantastic.

“It’s great that Hobson & Porter have got behind this and so many people who have come on board with supplies; Jewsons, Saint Gobain, DeWalt, Ibstock and many more. it’s amazing to see there are still people out there prepared to invest in the youth coming through the industry.”

Mark has been an ambassador for Hobson & Porter’s Foundations Initiative since 2018. He said:

“The more we produce here the better skills we can put out into the marketplace and people can see what they’ve invested in. It’s so important to keep facilities like this supported and funded.

He added: “We need to invest in the future and that is why Hobson & Porter has launched the Foundations Initiative and I’m very proud to be behind it.” 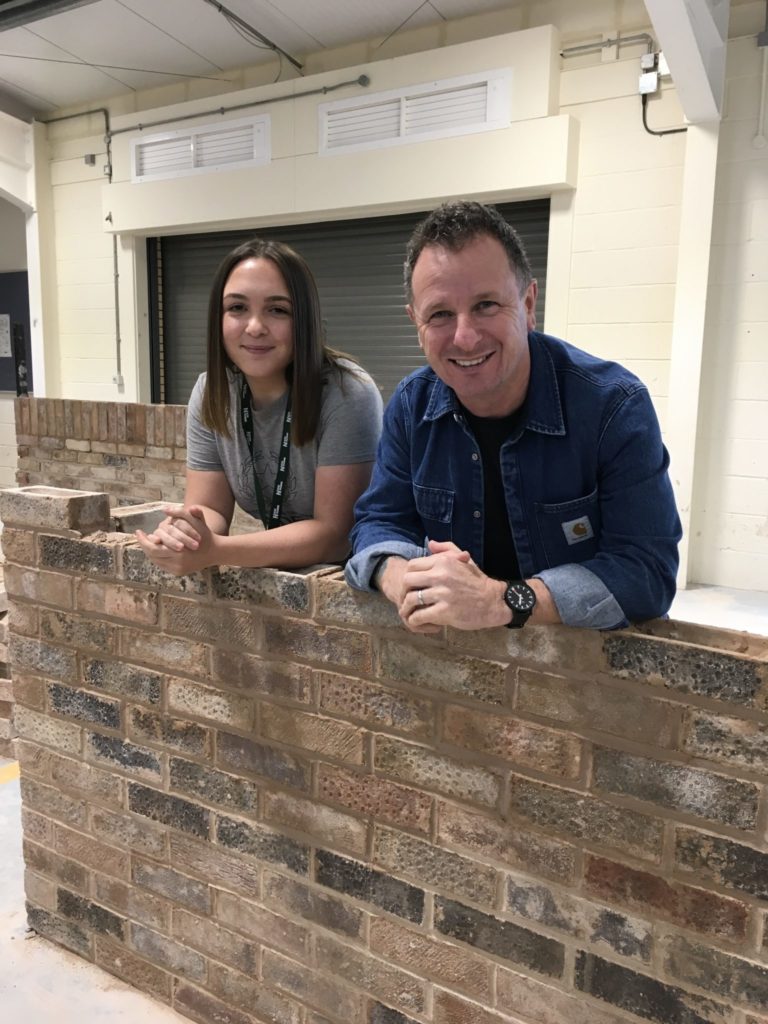