Our work for East Riding Council to transform the energy efficiency of 130 homes has earned us a prestigious Constructing Excellence award.

We were named winners of the Sustainability category at the Constructing Excellence in Yorkshire and Humber Awards at a glittering awards night, held at New Dock Hall at the Royal Armouries in Leeds, on Thursday, July 11th.

East Riding Council and Hobson & Porter’s holistic approach to the thermal upgrading works on the Easton Road Estate in Bridlington turned these homes from having zero insulation, to becoming properties which exceed today’s new-build standards.

The project team helped the homes become more efficient at every turn by addressing the building fabric, whilst also addressing the mechanical and electrical systems of the homes.

Mark Smee, director for Hobson & Porter, said: “These properties were tired, inefficient and in need of frequent service and repair, generating greenhouse gases and waste with every visit.

“The thermal performance of these homes is exceptional and has surpassed all expectations, a monumental feat considering some would argue these homes were destined for demolition.

“The local authority and thus the tax payer saved millions of pounds compared to rebuilding the homes, whilst the established community remained intact and were given a substantially-improved quality of life after the works.

“It’s a scheme we’re particularly proud of, so we’re delighted the work has been recognised at the Constructing Excellence Awards. Congratulations to the project team and everyone involved at the scheme, this award is recognition of all your efforts.”

It is run by the School of Built Environment and Engineering at Leeds Beckett University. 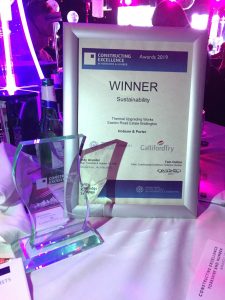 The Ancora GP practice in Scunthorpe has doubled in size following the completion of our building work as part of its £1 million redevelopment.

The new facilities include three new consultation rooms, a minor operations unit, waiting room and reception and a service to support opioid-dependent patients.

Our team began work on the branch on Detuyll Street last September.

Adrian Morley, Contracts Manager for Hobson & Porter, said: “We’re delighted to have delivered this upgraded facility which will provide huge benefits to both staff and users of the Ancora Medical Practice.

“Hobson & Porter is committed to providing building projects that demonstrate social value and lasting legacy and the new Ancora Medical Practice is a prime example of this. We have an enviable track record of delivering first-class healthcare facilities and are proud to add this latest GP surgery to our portfolio.”

The 10-partner practice cares for more than 20,000 patients across the town and has 13 doctors, six nurses and nine healthcare assistants, as well as being a training centre for GPs.

Ancora Practice Director, Christine Buckley, said: “Our doctors were so determined to provide better services for their patients that they invested significantly into the project out of their own, personal incomes.

“This commitment, alongside additional funding from NHS England and North Lincolnshire Council, meant that we were able to double the size of our surgery.

“We have always been restricted by a lack of space. But the new rooms will allow us to hold extra clinics and offer better services to our patients, closer to home.” 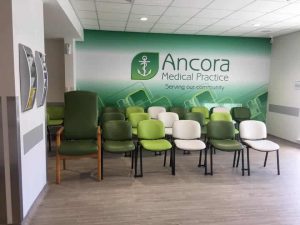